In this article, I will be giving you a detailed description of cryptocurrency.  You will get the Complete Understanding Of Cryptocurrency.

In 2016 I met my friend Vishal. He was doing regular investing in cryptocurrency.

He tried to explain to me everything about it, but somehow because of low interest, I could not understand it correctly.

After a few months, most of my readers started writing in the comments that they wanted to understand everything about cryptocurrency; at least a basic understanding is necessary.

It’s pretty apparent when things become much more common; it brings a lot of curiosity.

So these days, we are listening more about cryptocurrencies like bitcoin, ethereum, and many more.

In the last six months, I have studied a lot about cryptocurrency and blockchain technology.

In this article, I will explain you in detail and try to explain things thoroughly so that even someone studying in class five can easily understand my writing.

Every question will be answered by the end of this article.

Let me explain this with a small story:

Suppose there were two friends Amit and Saurav. Amit has taken a workload of rupees hundred from Saurav, so Amit needs to pay Saurav Rs one hundred to settle down the overall things.

Instead of giving Saurav rupees a hundred, Amit has given him 100 biscuits, but this was digital as he said that ordinary biscuits would get rotten in some time.

He could use it, but now  Saurav asked a simple question that this digital biscuit could be copied.  Anyone can take a digital copy of it because it’s in digital form to be replicated.

So it has been decided that every transaction happening can be put in a digital ledger form. There will be a document stating that Amit has given rupees hundred digital biscuits to Saurav on this particular date.

But again, this has come with another problem because a single person maintains this ledger and can make mistakes. He can do some notorious things by entering some wrong entries. So again, this was not a suitable solution.

To avoid all this, we have a revolutionary solution. Here we get the magical, revolutionary thought of sharing this transaction on all computers simultaneously. Every laptop or computer has that calculation of how many digital biscuits are there right now.

How many digital biscuits Amit has after giving to Sourav now how many Amit has left with also at the same time how many Sourav has now.

So if every transaction is done on all the computers, if Amit tries not to tell the correct numbers, he won’t be able to do all transactions on networks of computers.

This is a revolutionary idea where no one has one can falter the transaction value.
With this example of Amit and Saurav, we will understand the whole concept of cryptocurrency and blockchain technology.

Now, to understand cryptocurrency, it is the digital biscuits that were used in Amit and Saurav’s example.
Let us understand the term cryptocurrency, let me divide this term into two, so crypto means secret, and currency means a medium of purchase of goods and services.

We have already heard names of different types of cryptocurrencies like Bitcoin, Ripple, Ethereum, Dogecoin, etc.

Millions of computers control the public ledgers, and these are nothing but a peer-to-peer network, which means a person-to-person network.

This is a particular group of people around the world. And how this is maintained overall, it is supported by a technology called a blockchain.

Blockchain is a combination of two words block and chain. It means a chain of blocks like railway train we see an engine, and it is pulling coaches so once a coach has fully occupied the train we have to fill the public on a different coach.

This blockchain is available on a single computer and all the connected computers, so there is no way anyone can cheat on this. Super advance and this is the reason why it is entirely safe.

Let us assume that both Amit and Sourav have got Bitcoins. Amit has two Bitcoins, out of which one Bitcoins he has given to Saurav for his work.

As soon as Amit gave this one bitcoin and the transaction started, the blockchain technology began to work upon it. It will find out whether it has got two Bitcoins or one Bitcoin before this transaction.

It will also check with Sourav that after this Bitcoin, he is having any Bitcoin earlier or not all this transaction will happen in just a few seconds.

Show all those who maintain this public ledger and take responsibility for it are miners. The complete process of transactions and keeping accounts of all the people in this comprehensive blockchain technology is known as mining.

No one is doing it manually. This is a system-generated thing, but. The average laptop does not do it is done by a particular computer with special software.

And in this process, the only thing consumed is the time and energy of miners, and for that, they will take money in the form of rewards in the same currency.

Now you will say that it’s ok you understand that it’s a private digital currency. All transactions are maintained in a public ledger using blockchain technology.

Miner used to record all transactions happening in the blockchain technology. The fundamental question is that everything is maintained, so there is no privacy. For example, how many Bitcoins I have is all known in the market.

There is a deliberate question on the privacy of all accounts, and also, these are decentralized so anyone can learn how many Bitcoins I have in my wallet. And also, this is not right if anyone knows that this XYZ person has got million rupees of Bitcoin in his wallet, and it will be a question on the safety of that person.

Navya, one of the significant pillars of cryptocurrency, comes into the picture, and we call it cryptography. Cryptography means everything is coded.

Show the actual name is coded, and nobody knows what that particular code is. This is the prime reason why cryptocurrency is considered one of the world’s safest and most popular growing currencies.

Also, few people have a valid question: if this is my money, why is the Bank controlling my cash? Why do authorities have that control over how much money I will have? Every time Bank comes up with new formulas and increases inflation, that decreases my overall money.

As you all know, banks print the money whenever there is a shortage of funds, which is the leading cause of inflation.
Because of inflation depreciation of rupee appreciation of dollars, these things create a lot of problems in the mind of people that’s why people want that money should also be decentralized.  Government should not control how much money I have. I don’t have to tell this to Bank.

Now the question is if nobody is holding the cryptocurrency, which means everyone has equal control over it, then who will decide its price and why we’re listening that Bitcoin is moving up. There is enormous volatility in how all this is coming up. Let me explain this in detail.

Just for your understanding, it has been pre-decided that how many coins are there in every cryptocurrency means a total number of coins is fixed.

We know the economy of scale or economics that the demand will always be there wherever there is a limitation.

For example, if we see, there is a plot in a very remote area. There is no buyer of it, which means there is no demand for it, so that the property prices will go down irrespective of the time interval.

And, yes, if that plot is in some central location, there is the limitation of it, and there are more buyers for it, then the prices of the property will go up this is happening with the cryptocurrencies these days.

Bitcoins are limited in number precisely; they are 21 million Bitcoins. In 2010 the cost of 1 Bitcoin was rupees 20.

The price of cryptocurrency also depends upon the news in the market; the strategies of big companies mean what companies are planning.

Because of this one announcement, Bitcoin, trading in March at a dollar 60000 in just two months, started selling at a dollar 30000.

Now we talk about the advantages of decentralized, so it does not depend on one single government or governments of any XYZ countries.

People think that their money is safe because no XYZ policy or the government can bring down its value.

If we talk about disadvantages, there is no Government and authority involved in it, so you cannot go and complain if there is an issue.

Since cryptocurrency was promised for every aspect and need, we have a different side. Since no one can trace the money, these cryptocurrencies are also used for unethical uses. We all know that in the darknet, this cryptocurrency is used.

And this mining technology is not eco-friendly as many resources and powers are used while generating this Bitcoin. And I am sure we should all work for the future as well. If we are making something good as cryptocurrency, we also need to look at the environmental aspect to not go for a toss. 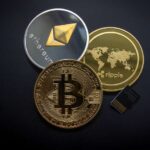 Cryptocurrency is a virtual or digital currency that works on blockchain technology and is designed as a medium of exchange online to buy goods and services as payments and which was introduced to the world in 2013 by Satoshi Nakamoto.

How to Invest in Cryptocurrency? 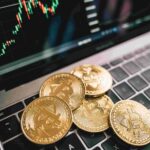 To invest in cryptocurrency, you need a digital wallet, an online app like WAZIRX, to take care of your investing. We need to buy cryptocurrencies with real money.

How to purchase cryptocurrency? 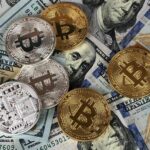 You can purchase and sell various cryptocurrencies like Bitcoin, Ripple, Ethereum, Dogecoin on multiple platforms like Coinswitch, WAZIRX, etc. 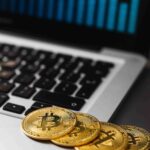 As of now, it is not legal in India. But very soon, it will be regulated in India once the bill is passed in Parliament.

I hope you have gotten the value from this article. In case you want to go through my last article, The compound effect.