In this article, I will be discussing the History of Money.

Why billions of dollars are invested in these assets?

These assets can change a small investment into a more significant sum of money by investing tactfully in these types of Assets.

Since the very beginning, money has played a significant role in our life. The money we use results today from a very long process.

What we use as a bartering item has now been a digital currency.

Money and payments have significantly changed with the changing financial requirement and technologies.

Credit card transactions, Digital payments have made us purchase anything virtually within a second.
In addition to that, worldwide, there are approximately 180 currencies.

But how did we get in here? Let’s find out the evolution of money, how we used it in earlier ages, and how it got us here. 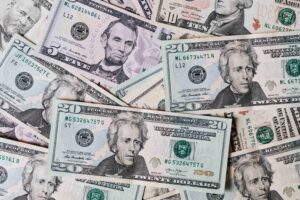 Let’s start with the barter system.

When barter was used as an exchange, the needs of people were minimal.

The barter system was used over centuries from 6000 BC.

During ancient times, people traded one item to get just what they wanted.

The barter system was the basic idea of the payment in which we trade things to get those things which we add value; for example, a person can change his cow to get the spices or any items that he needs now.

This went well for a while, but there were many flaws.

We have significantly less shelf life. For example, if I have one good today, wheat, and I am looking for something else one year later, my grain will not sustain for one year.

So on top of it, the difference in the timing of demand and supply as well.

The next flaw was transportation.

Transporting large-good was always an issue, and there was no security in the system.

After the barter system, commodity money came into the picture similar to a commodity. It was also working in the same way. Everyday things like salt, wheat, etc., were treated as a commodity.

Then around 600 BC, this was when the first official currency came into the picture, which was a gold coin.

Gold coin was there because it was more convenient and easy to use.

Each coin has a different value, making it easier for people to cos additional items. Also, Gold was non-inflationary, which means that demand will constantly rise where a supply will always be limited, so the gold value will always increase.

However, there were some flaws in this as well like:

So now we have come up with the concept of paper currency. It was first used in China for 500 years until the Europeans adapted in the 17 century, which started getting adopted by other countries.

Now people want to ensure the security of their gold coin, so they began depositing it in the Bank, and in exchange for that, they will get a receipt that validates the receptor of Gold.

So any person holding these notes can exchange them with any goods.

So this was the first form of safe currency and was back done by the government’s trust. They were lighter than Gold and cheaper to produce, and it was backed by something, and it also had flaws.

We then come with the concept of cheques.

But again, it doesn’t solve all the problems like the bearer cheque could be stolen, and signature can be easily fake, and also it takes a lot of time to verify the overall payments.

So in 1998, with the emergence of PayPal, we moved to the system of electronic money it is a way to store money electronically.

With the emergence of smartphones and the internet, the security level was too high.

It is very efficient and easy to use to solve the problem that the checks system has.

And also, the government agencies could check and track payment transactions, but e-wallets are still part of the existing financial sector; banks and the central government govern all these.

But what happens when banks and government fail miserably, like what happened in the financial crisis of 2008-9 when iconic US bank Lehman Brothers filed for bankruptcy.

Bank started to give risky loans to two people in the USA to attract new customers.

Consequently, loans were defaulted due to the inability of people to pay back the money, and that’s why the Bank collapsed and filed for bankruptcy.

The whole point of keeping the Bank is to have a third party trust whom we can trust with our money.

Still, Bank misused all the money and lost all of it during the subprime mortgage crisis, due to which the financial market crashed.

Now here is the fun part.

Bank lost all the money customer has deposited leaving them with no option to recover with them and the money government offer to Bank was also people’s money paid in the form of taxes.

So this government action let widespread customer dissatisfaction across the nation. After this, the people demanded the currency that the government and banks could not control.

When the people put trust in Bank and Bank lost all the money as a fire-fighting measure, the government printed more notes, resulting in the decrease of value, which was already in circulation.

So there was a need for an alternate system. Towards the end of 2008, after two months of the crisis, the group of individuals under the pseudonym of Satoshi Nakamoto released a white paper named Bitcoin.

A new electronic cash system was a peer-to-peer year and no trusted third party.

This white paper was revolutionary and challenged the concept of money; the value of each Bitcoin depends upon the supply and demand in the market and is free from all the government and banks control.

On 12th Jan 2009, satoshi Naka Moto sent 10 Bitcoin to hellfire, and there the new core culture of finance was born.

So this was the exciting story of the evolution of money, but there is a lot more to learn that I will cover up in my next article.

For more on Cryptocurrency please go through my other articles on cryptocuurency.